“How will the digital world change the nature of work by  2020?” was the question posed for a recent webcast I joined.  The debate was interesting, at times heated and very wide ranging. At the risk of irritating everyone else in the debate I suggested that first the question needed to be reworded.  I think the question should have read more along the lines of “How has the digital world already changed the nature of work today and where will it have reached by 2020?”

The future of work has become an increasingly high profile topic over recent months.  The approach taken in the various articles and posts has been varied with some focusing on the technology solutions whilst others have taken a more holistic societal perspective.  Regardless it is clear that we have already seen fundamental changes enabled by technology arrive in the workplace today and that over the coming years we will see what is fringe activity today become mainstream tomorrow.  Indeed we have already seen multiple waves of workplace change impact an increasing number of companies quite apart from the debate you could have around social business.  An excellent read on this topic is a book called “The Digital Workplace”  by Paul Miller that has recently been published.  Paul has also launched an organisation called the Digital Workplace Forum which is essentially a diverse community of global corporations collaborating to understand the current baseline, share the art of the possible today and jointly evolve the future opportunities.

Earlier this year I chaired a two day consultation event entitled “The Future of Work”.  The consultation was organised by an organisation called St George’s House and was one of their series of such events on social and ethical themes.  The consultations are held in unique surroundings at Windsor Castle and operated to an ethos that sees highly diverse groups of people rapidly bond into collaborative and effective discussion groups.  This particular group was diverse in every respect  bringing representatives of public and private sector and the debate was stimulating, wide-ranging and at times a challenge for me to keep on topic.  You can find the report entitled simply “The Future Of Work” on the St George’s House website.   I think a fair overall summation would be that everyone in the group recognised that the workplace was rapidly changing, that the pace of change was only going to accelerate and that there were a large number of interconnected driving and enabling technology factors. 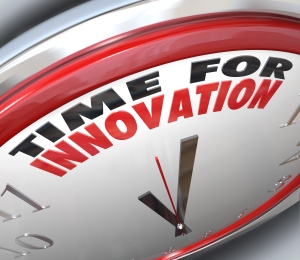 In the months after the event I have increasingly read about a technology that we did not discuss in much detail during the consultation called 3D printing.  The impact of 3D printing on the future of industry is huge.  It is a technique for rapidly prototyping and manufacturing that is also sometimes known as additive manufacturing.  It involves creating a solid object by layering a material such as liquid plastic to a specified pattern, ie “printing”.  The pattern is created as a detailed 3D file and can be visualised prior to initiating the manufacture. Examples of what can be created range from hearing aids to replica models to prosthetic limbs to components for jet engines to dresses through to chocolate confectionary.  The implications of being able to create such complex, diverse and customised output are huge and some are talking about 3D printing as being the third industrial revolution.  A recent great piece on this theme can be found in The Economist article entitled “A Third Industrial Revolution”.  I also really like an article in Wired magazine entitled “Future Of Stuff: Vending Machines That Prints in 3D”.

The more I read about 3D printing the more it brings home that the drivers of change in the workplace of tomorrow are not restricted to the digital technologies that immediately tend to spring to mind.  I think we can regard much of the technology solutions often described as innovative as being increasing established and effectively old news where arguably it is all about implementation of solutions that the early adopters have already proven.  What is exciting is seeing clever innovative ideas evolve through the R&D stage, survive the hype stage and become implemented new solutions delivering value, business and/or societal. Clearly identifying the next new groundbreaking initiative early (presuming that like me you lack what is required to be the inventor!) and understanding how to derive value from it is the key.